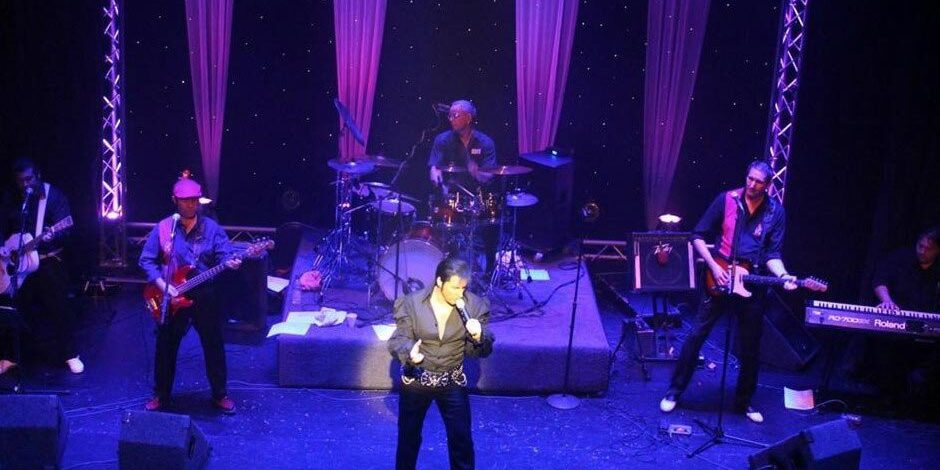 Blackburn Empire Theatre are proud to welcome Happy Birthday Elvis, a tribute to the career of the King of Rock ‘n’ Roll, celebrating what would have been his 83rd birthday.

Paul Molloy and the Red Alert concert band bring you a packed two-hour live show, with all the hits of the ‘50s and ‘60s to the concert shows of the 1970s.

Earning his apprenticeship in the pubs and clubs in the north of England, before progressing on to TV and radio, Paul can now be found touring theatres in not only his own Elvis tribute show, but in some of the finest shows around.

The closeness to Elvis’s voice has been the main reason for his successful career with many of the King’s entourage, who Paul has had the great pleasure of working with, commenting on the similarity.

Performing any era of Elvis has also been a key factor in the success of his show: the 1950s Early Years, Movie Elvis, ’68 Comeback and Vegas Elvis of the 1970s. Paul is at home performing any style or song of The King and takes great pride in delivering a performance Elvis would have been proud of.

You won’t be able to stop yourself falling in love with this show.