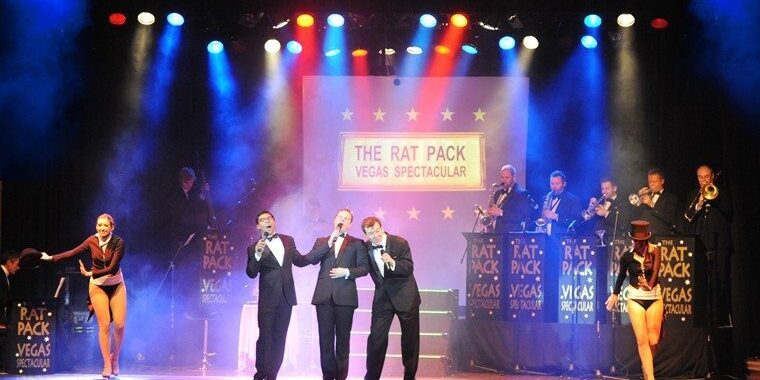 THE Purveyors of Cool swing into the Thwaites Empire Theatre on Saturday, 6th August with The Rat Pack Vegas Spectacular, a show featuring some of the greatest music of the 20th century.

This stage show brings memories of three performers – Frank Sinatra, Dean Martin and Sammy Davis Jr – in a production that has enjoyed theatrical success all over the world.

Now in its 15th year, the show goes from strength to strength, receiving critical acclaim for the live musical and vocal performances.

With an abundance of class and style, The Rat Pack takes people on a trip back in time to vintage Las Vegas.

The audience can meet and greet with the cast immediately after curtain falls for a photo opportunity or signed programme.

In a show bursting with colour and fun, this spectacular group will get feet tapping and fingers snapping.