Top of the World! Carpenters Gold at Blackburn Empire Theatre 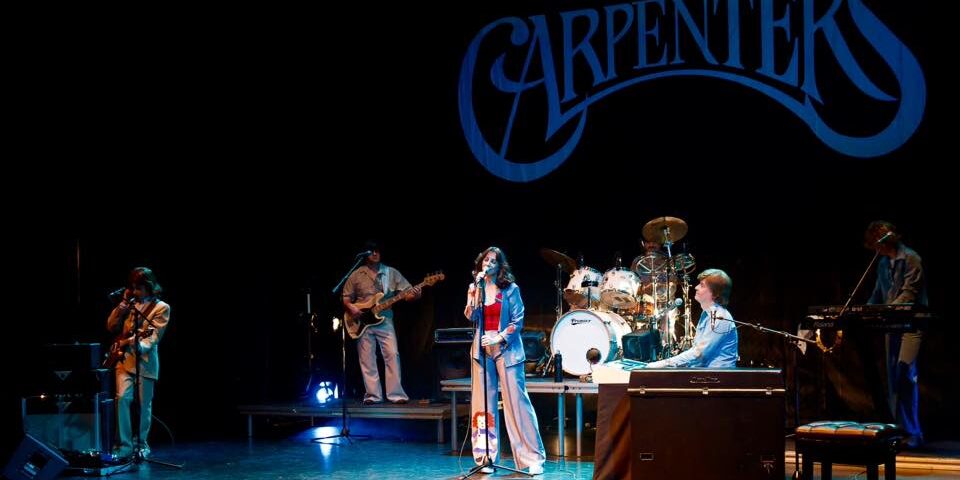 The iconic voice of Karen Carpenter and the magical music of The Carpenters comes to Blackburn Empire Theatre this June.

Carpenters Gold is a feel-good tribute authentically performing the much-loved hits of the 70s legends, such as Close to You, Top of the World, and Mr Postman, whilst recreating the exceptional look and sound of their world tours, including ‘Karen Carpenter’ playing the drums with a full live backing band.

Together with her outstanding acting ability she undertakes the character of Karen superbly, paying meticulous attention to her mannerisms, accent and her brother-sister relationship with Richard, the band and the audience.

Richard Carpenter, played by musical arranger vocalist Greg Stevenson, is also featured in the show performing on the piano, alongside his ‘sister’ enjoying on stage humour, often introducing the array of hits whilst light-heartedly engaging with his musicians.

As specialists in producing authentic tribute shows, you will not see or hear any other Carpenters production as accurate as this on the stage today.

An absolute must for all fans of the fantastic Karen and Richard.