Swashbuckling Adventure for the Whole Family at Blackburn Theatre 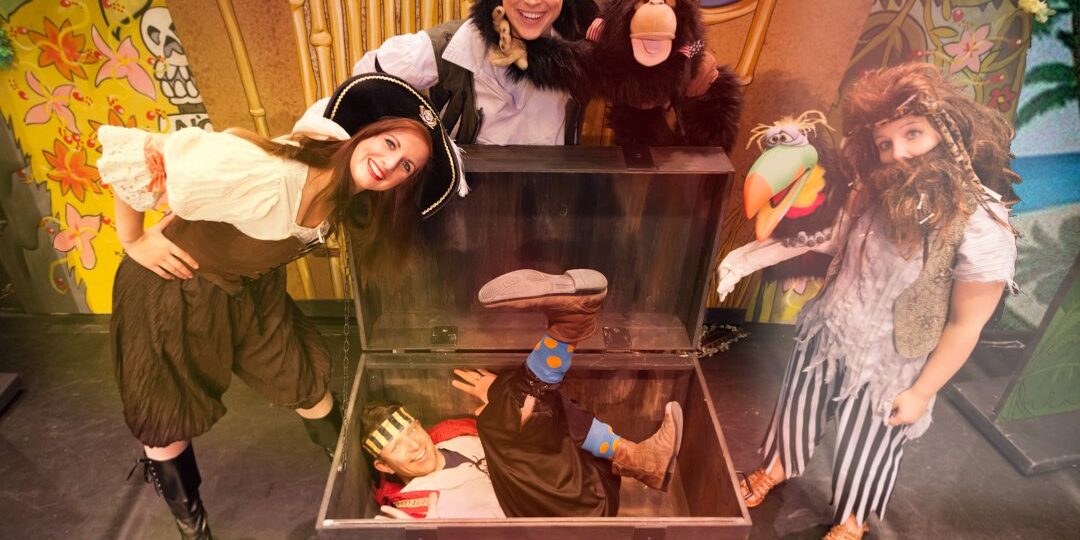 The producers of the smash-hit ‘Hansel and Gretel’ are coming to the Thwaites Empire Theatre this February half-term with another magical family show after wowing sell-out audiences in 2015.

This time, promising fun for all the family, LP Creatives present ‘Treasure Island’ over the February school holidays.

The audience will be taken on a magical trip into a world of pirates, adventure and princesses as one of the nation’s favourite children’s novels is brought to life with a lively modern twist.

Treasure Island, which shows at the Empire on Monday, 15 February at 2pm, is jam-packed with cheering, booing, puppets, lots of colourful costumes, amazing sets, illusions and maybe even a monkey or two.

The show is the brainchild of popular comedian and entertainer Tom Beard.

Tom is no stranger to children’s shows, having appeared at a number venues over the past ten years, where he frequently had children (and adults) doubled up with mirth at his comedy antics.

Tom said: “Everyone knows and loves the original pirate story but you won’t have enjoyed the tale quite like this before. We want our audience (both young and old) to get involved with lots of shouting and cheering. We are after non-stop fun and laughter, whilst also staying as close to the original tale as possible.

“We’ve respectfully kept to Robert Louis Stevenson’s swashbuckling tale which everyone can enjoy, along with some humour for both the adults and the children. The one thing we can guarantee is that everyone will leave with a smile on their face.”

It is the latest project for producers, LP Creatives, who are fast building a strong reputation for their family shows and pantomimes around the country.

Treasure Island is a spectacular children’s show created to spark the children’s imagination whilst also entertaining all the accompanying adults.