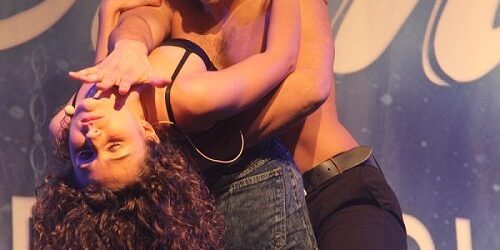 A brand-new spectacular stage show featuring all the hits from everyone’s favourite dance movie is coming to the Thwaites Empire Theatre on Thursday, 7th April.

No film has captured the hearts of a generation quite like Dirty Dancing and now it’s time to relive the passion with ‘A Night of Dirty Dancing’ the ultimate tribute show.

Revel in those loved moments and the music that has resonated throughout the years, such as ‘She’s Like the Wind’, ‘Big Girls Don’t Cry’, ‘Hungry Eyes’ and of course the Oscar-winning ‘Time of my Life’.

Back in 1987, the low-budget film captured the hearts of cinemagoers as two relatively unknown performers – Patrick Swayze and Jennifer Grey – danced their way to movie immortality.

Demand for a film sequel has swelled year upon year. Prospects of a remake escalated in recent years, only to be scotched in July 2015 when the producers announced they wouldn’t be taking up a multi-million dollar production grant.

Theatre show producer Michael Taylor, of Easy Theatres, decided to put a stage show on the road last year instead. His version fast forwards theatregoers to Kellerman’s end of season show, retelling the tale from an alternative perspective.

He said: “All these hits are superbly performed in this fast-moving, slickly-choreographed theatrical treat. Revel in the moments you loved, the memories you made and the music that’s resonated throughout the years.”

Please note this show is not affiliated with ‘Dirty Dancing: The Classic Story on Stage’ currently on tour in the UK and worldwide.