Oh Boy! Buddy Holly and The Cricketers this October at Blackburn Empire Theatre! 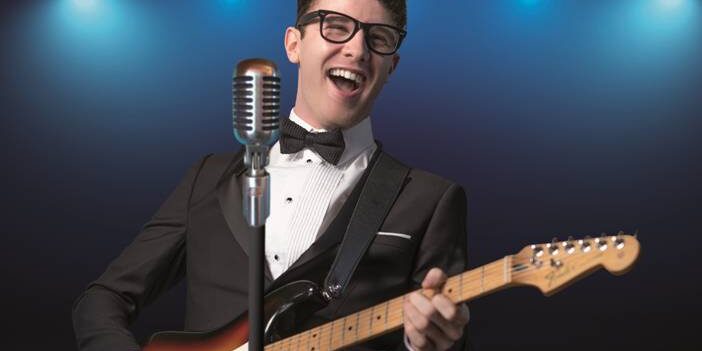 Join us this October at Blackburn Empire Theatre for Buddy Holly and the Cricketers’ autumn tour.

There’s much to celebrate in what is the 60th anniversary year of Buddy’s one and only UK tour. Although he lived a short life Buddy certainly left a great musical legacy that lives on today.

As the summer holidays fade to a distant memory, this compelling concert will bring a little autumn sunshine in to your lives. If you like rock and roll you’ll definitely love this.

Songs include That’ll Be The Day, Peggy Sue, Heartbeat, It Doesn’t Matter Anymore, Raining In My Heart, Oh Boy! – and many, many more!

Buddy Holly and The Cricketers is a dynamic show featuring authentic arrangements, driving rhythms, energetic performances and skilled musicianship that has audiences dancing in the aisles.

It has been delighting audiences for 26 years and has performed in many locations around the world including Europe and a tour of the US.

The show stars some of the finest actor-musicians in the UK including Jason Shaw as Buddy.

Jason was endorsed as Britain’s most popular Buddy Holly act when the show appeared on BBC One’s The One and Only, with Graham Norton notably commenting that they were “Buddy Brilliant!”

Producer Simon Fielder of Simon Fielder Productions, a former actor in the original touring and West End show, said: “I’m so lucky to present shows that feature people and subjects about which I am really passionate.

“Buddy Holly was pivotal in my development as a guitarist and songwriter. Buddy’s music has touched the heart of millions around the world and influenced many famous artists such as The Beatles, The Rolling Stones, Eric Clapton, Brian May and many others.”

This show is not to be missed!