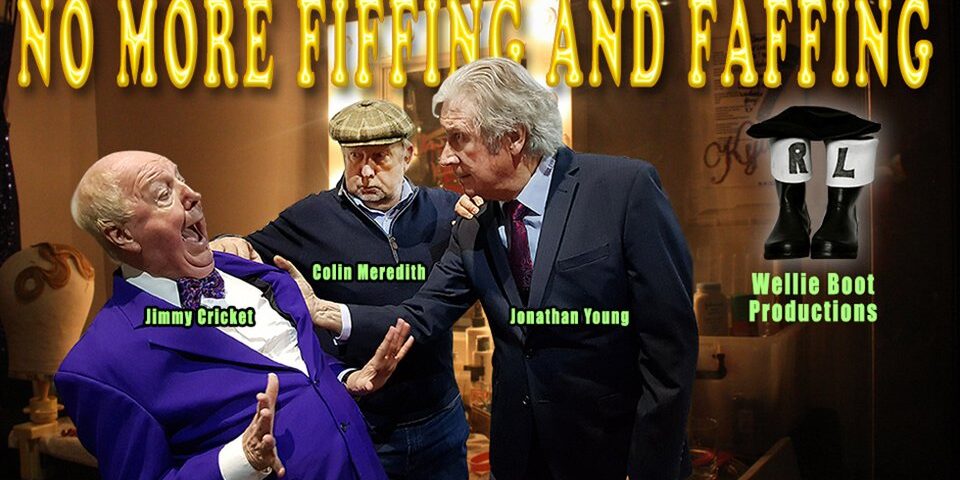 Join comedy double act Joe Fiffen and Jerry Faffen this September at Blackburn Empire for No More Fiffing and Faffing and their last night in show business!

As well as their classic sketches, they’ll be settling some old scores in the dressing room!

Jimmy began with his 1985 television series, And There’s More and also had his own radio series for BBC Radio 2 called Jimmy’s Cricket Team.

Jonathan has worked with many groups and musicians in Ireland, most notably Van Morrison, as well as working as a solo act in the northern cabaret circuit with such stars as Ken Dodd, Edmund Hockridge, Bob Monkhouse, and Matt Monro.

Starting as an extra in Coronation Street, he worked his way up to bigger parts in films such as Harry’s Game, Shoot to Kill, and The Glory Boys. His leading role in The Van Boys earned him rave reviews at The Cannes Film Festival. For the last 22 years Jonathan has travelled the world as lead singer with The Bachelors with John Stokes.

Colin has worked professionally since 1976 appearing in theatres across the country. His extensive work on television and radio includes numerous guest roles in Coronation Street, Emmerdale, Poirot, Hetty Wainthrop Investigates, Brookside and most recently, Mount Pleasant.

He produced a professional pantomime in Rochdale for 18 years and ran his own children’s theatre school for 22 years. Alongside his acting work he also runs Rochdale Ghost Walks.