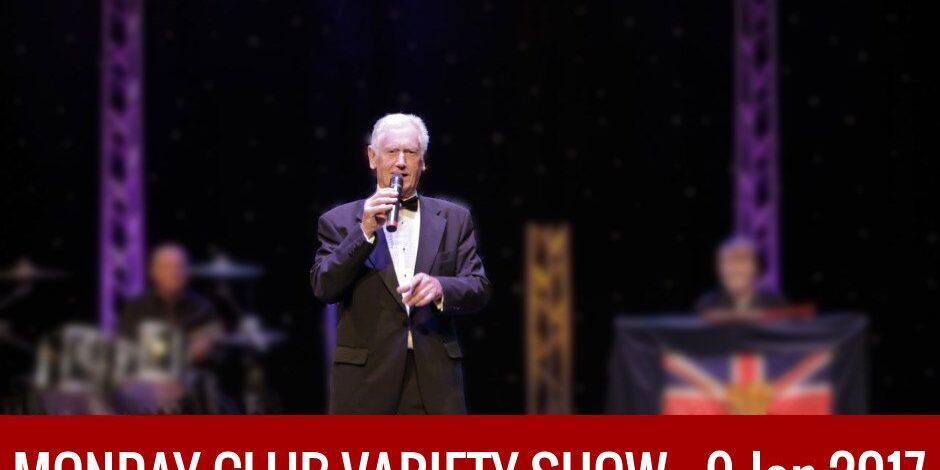 A local afternoon variety show continues to grow in popularity and is back for a new season in 2017.

The Monday Club Variety Show, which takes place at 2pm on the first Monday of every month at the Empire Theatre in Ewood, starts it’s 2017 season with a show on Monday 9th January, bringing with it community spirit, music and plenty of laughs.

The shows always feature a wide range of variety acts from vocalists to dancers and from comedians to magicians. The January show will feature Mike Falcon (Vocalist) Terry Devon (Comedian) and Joyce Kearton & Malcolm Doherty (Vocalists). The show, as ever is compered by Michael Berry, who will also treat audiences to his singing talents too.

Michael Berry, the compere for the show, said, “We very much see the Monday Club Variety Show as a ‘community hub’ for locals and it attracts larger numbers every month. The club has been running for nearly nine years now and was launched in a bid to bring retired folk together for an afternoon of light-hearted entertainment.

“A wide range of groups and organisations use the Empire Theatre and the Monday Club is key to us bringing live entertainment to as wide a range of local people as possible. Many of our audience members describe it as a lifeline, giving them an opportunity to enjoy live theatre and get out and about and make new friends. It’s a real community event.”
Show Details: