It’s a Panto, but strictly for adults. Peter Panties flies in. 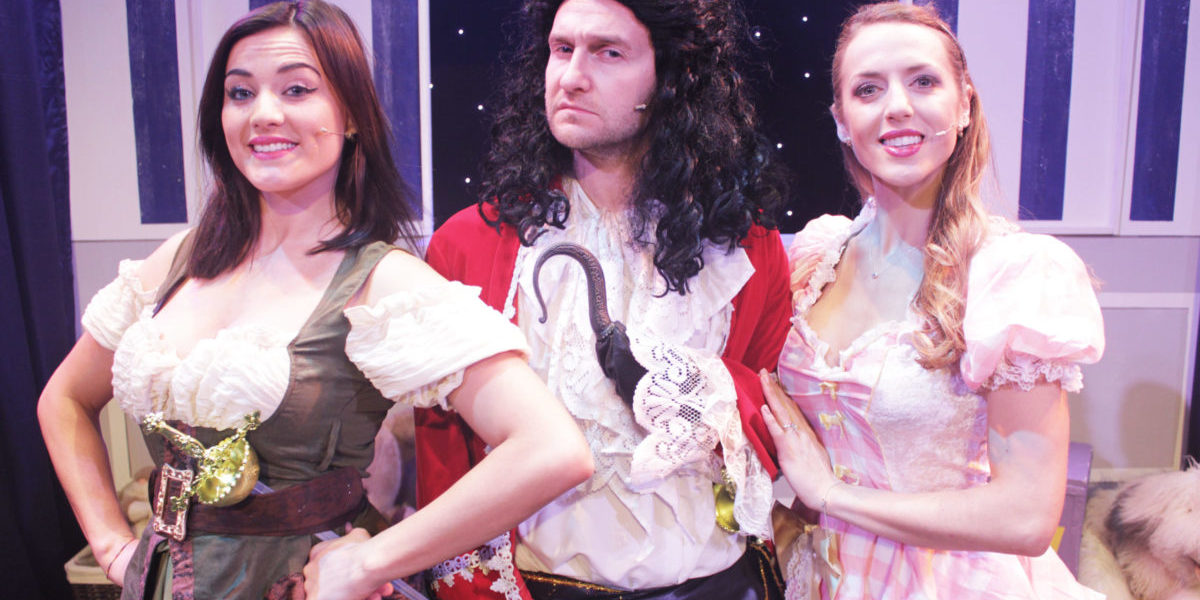 The Market Theatre Company are once again hitting the road with their latest interpretation of a traditional family pantomime, but strictly for adults only!

This year’s Adult Pantomime is a corruption of the J.M Barrie classic Peter Pan, titled ‘Peter Panties!’ and promises all the trademarks of previous adult pantos, including farcical humour, over-the-top characters and more innuendo than you can shake a stick at! Peter Panties flies into the Blackburn Empire Theatre on Saturday 8th February 2020.

The Market Theatre Company hale from their own 70 seater theatre in the historic market town of Hitchin in Hertfordshire. In the last 23 years their naughty alternative to traditional pantomime has gone from strength to strength, growing from a short 4 week run to achieving almost cult status and this season running from November 2019 through to March 2020 at the Hitchin venue.

Writer Kirk Foster says: “Although adult, we certainly never set out to offend anyone and would say that we are suitable for audiences aged 16 -100. We have a fantastic cast of just three that work incredibly hard on stage. Their energetic, fast-paced and always over-the-top performances make the show, even before you add in the many innuendos and the usual pantomime frolics!”

This year’s cast are Nick Hooton (a veteran of the adult panto with some 15 years of performing Adult Panto under his belt), Pippa Johnson (who has performed in 7 adult pantos) and Tilly Howes (who makes her adult panto debut after appearing in another Market Theatre Company comedy play earlier this year). Between them they play an abundance of familiar (and not so familiar) pantomime characters.

Performer Nick Hooton, who plays the dastardly Captain Hook says: “Peter Pan is such an amazing story with so many characters, so it gives us a lot to play with and certainly keeps the three of us busy with costume changes!”.

Pippa Johnson who plays Windy (Wendy in the original) amongst many other characters says: “Peter Pan is such a well-known story, but in our version, Windy is afraid of heights which may make flying to Neverland a challenge! One of the things I love about our adult pantomimes is we are constantly surprising audiences with where we take the original story and characters.”

So leave your inhibitions at home and enjoy an evening laced with innuendo and cheeky comedy. You’ll laugh from beginning to end.

‘Quintessentially British…Like a Carry On film made by a Rugby Club!’ – The Stage Newspaper

Box Office Opening Hours for in person and telephone orders: Monday to Saturday – 10am – 12:30pm