Have You Got The Pan Factor? Blackburn Empire Theatre’s Children’s Panto Auditions 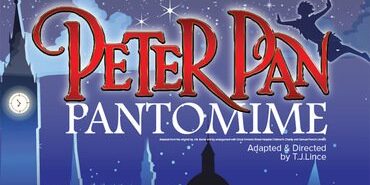 Pendle Productions, who produce Lancashire’s longest running pantomime, are staging the swashbuckling adventure of Peter Pan this Christmas at Blackburn Empire Theatre and are searching for six boys to appear in this year’s show alongside the star-studded professional cast.

Tim Lince, Artistic Director of Peter Pan, said: “This is a terrific opportunity for six local young people to join us on stage at Blackburn Empire Theatre this Christmas, and to be part of a spectacular professional pantomime.

“We have two roles available, those of Wendy’s brothers Michael and John and we will be looking for three boys to play each of the parts in rotation.”

For the audition, you should prepare a monologue, poem or rhyme to present, and be prepared to read a short excerpt from the script.

Auditions will be held at Blackburn Empire Theatre, with registration through the car park end of the Theatre Complex from 5pm on Thursday 11th October.

To audition, you must pre-register by emailing your details to pan@pendleproductions.co.uk

Places at the audition are strictly limited and offered on a first-come-first-served basis.

This classic Christmas adventure is guaranteed to have you hooked, with comedy in abundance, spectacular special effects and lots of audience participation!

Don’t forget tickets for Peter Pan are on sale now! Buy yours here.