Get some satisfaction at the Empire 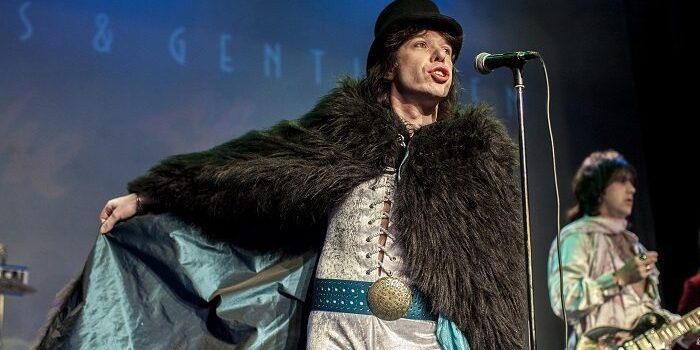 One of the UK’s premier tribute bands are set to rock into the Thwaites Empire Theatre bringing with them all the energy and excitement of a live Rolling Stones concert.

‘The Stones’ will perform an array of classic hits and timeless Rolling Stones tracks on stage at one of Blackburn’s most popular entertainment venues on Friday, 12th February.

Since forming in 1962, the band has sold more than 200 million albums worldwide and their catalogue of hits is as ubiquitous now as they’ve ever been.

From movie soundtracks to adverts, songs such as Satisfaction, Paint It Black, Jumping Jack Flash and Brown Sugar are constantly recycled for each successive generation of music fans.

The amount of tribute bands is legion, but many fail to capture the magic ‘ingredient X’ which even today makes the Rolling Stones one of the most popular live bands in the world.

“The Stones” a band based in Chesterfield, England, have found that magic ingredient. Fronted by Ben Wattam, they have gained a reputation as being the best around, and many claim they are as near to the real thing as you will get.

“Some of the bands are caricatures,” said 30-year-old Wattam.

“But we’re a band of musicians who like the music, so you’re going to get as close to the original songs as is possible with a live band.”

Inevitably the spotlight tends to fall on whoever plays Jagger, but this is a role Ben seems to have been preparing for all his life.

“I was brought up on them,” he says. “My mum was a big fan, and at college people said I looked like Mick Jagger.”

In 2007, while doing a jam session in a pub in his home town of Eckington, Derbyshire, keyboard player John Blacklock was struck by Ben’s resemblance both physically and vocally to the Stones star, and suggested they start a tribute band.

Eckington has a significant link with The Rolling Stones as Mick Jagger’s grandmother, Harriet Fanshaw, was from Eckington, she came back to live there in 1954 and is now buried there. Mick has been a frequent visitor, well known to the locals. So there could be something in the gene pool of Eckington which has given Ben his incredible likeness to Mick Jagger.

So he not only looks like a “Son of Jagger”, with the help of video footage on YouTube, Ben has managed to hone his Jagger voice and mannerisms down to a tee, but what’s he like at the strut?

“Pretty good,” he laughed. “You have to be healthy to do a stage show like this one. I have to keep my weight down as what he does on stage is amazing.”

Acting as the Yin to Jagger’s Yang, any Rolling Stones tribute band must also have an authentic Keith Richards, and playing this role is Richard Jordan from Redcar.

Though Ben gets on well with Richard off stage, he thinks it’s important that on stage their performances mirror the fiery relationship Jagger and Richards have had for more than 40 years.

“On stage we do all the stuff they do. We have fun pushing each other like they do.”

Asked what the secret was to the Rolling Stones’ longevity, Ben replied: “The whole feel of the Stones is what makes them so good.

“Expect a fun-packed, enthusiastic show. The response is great. We always get asked back. People are dancing in the aisles. We get the crowd going with the energy of the show.”