Catch Up with Classic Comedian 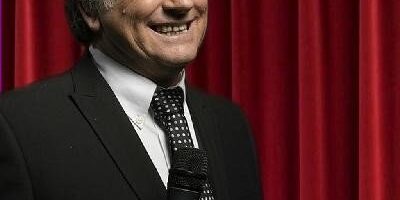 A much-loved comedy icon of the 80’s brings his mix of comedy and music to a local theatre this September. Duncan Norvelle, who suffered a stroke in 2012, brings a touch of laughter in the heartfelt story of his recovery and how he “Beat the Odds”.

The 80’s comedian is most famous for his unforgettable catchphrase ‘chase me‘ as he ran away from unsuspecting audience members. He first came to the public’s notice after his appearance on Saturday Royal with Lionel Blair, becoming an instant hit as Duncan ‘Chase Me’ Norvelle. He was rarely off the TV in the 80’s with regular appearances on shows including Blankety Blank, That’s Entertainment and Who Killed Saturday Night TV?

Over the course of his career Norvelle worked with other stars and comedians including Dame Shirley Bassey, Les Dawson, Frank Carson and Norman Collier to name but a few. In recent years, he returned to TV screens with Ricky Tomlinson’s The Laughter Show and Channel 4’s Celebrity Come Dine with Me.

When he suffered such a powerful stroke, that his body was thrown into the air, doctor’s told Duncan he may never walk again. Duncan said, “It was an incredible wake-up call and I now live my life very differently”. He discovered afterwards that his blood pressure was sky-high, one of the greatest contributing factors to a stroke.

Duncan is now back to what he loves best, entertaining audiences with laughter and song at The Blackburn Empire on Saturday 9 September.