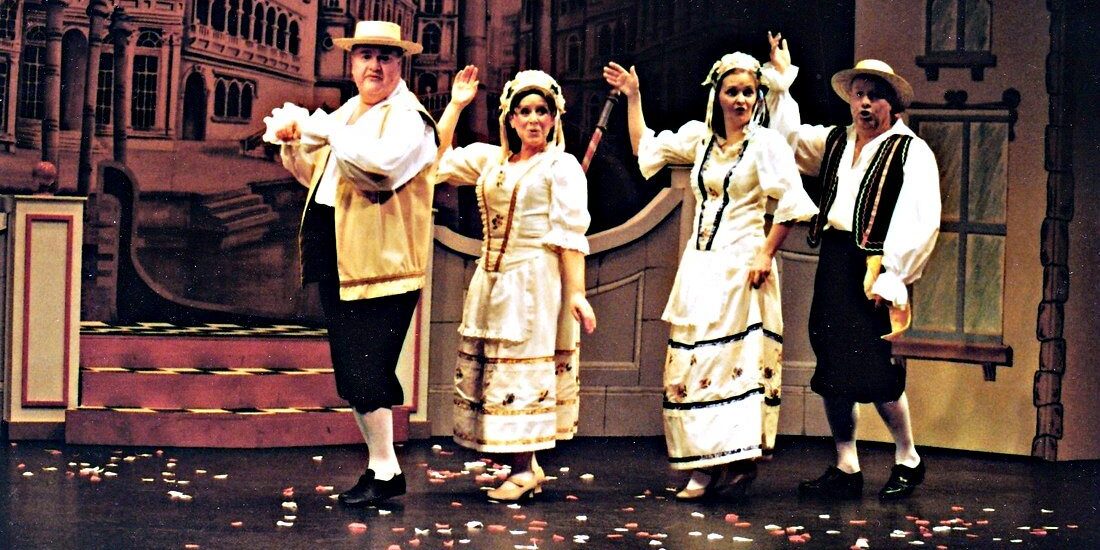 The Blackburn Gilbert and Sullivan Society present their grand production of The Gondoliers; or, The King of Barataria, at Blackburn Empire Theatre this February.

Four performances will be presented at the Blackburn Empire Theatre, 128 years after it first premiered at the Savoy Theatre. The twelfth of the fourteen collaborations by W.S. Gilbert and Arthur Sullivan, it showcases them at the height of their talents.

The opera follows the tale of Marco and Giuseppe Palmieri, two newly married, gondolier brothers who discover that one of them, though it is unknown which, is the heir to the throne of the far away kingdom of Barataria. The brothers’ new brides are excited over the possibility of being Queen until they discover that the true King is already married to somebody else.

The Gondoliers Venetian setting is one of the most colourful of any of the operas, and the score contains a string of delightful melodies including several dance numbers, most notably the toe-tapping ‘Cachucha’.

The opera also features one the most famous romantic tenor arias ‘Take a Pair of Sparkling Eyes’. After the serious themes of Yeomen of the Guard, Gilbert returns to his topsy-turvy best with a plot that includes baby swapping, mistaken identities and concealed relationships.

Full of wit and charm, satirical targets are egalitarianism, republicanism and the institutions of monarchy. This opera is a feast for the eyes, the ears, and the heart!